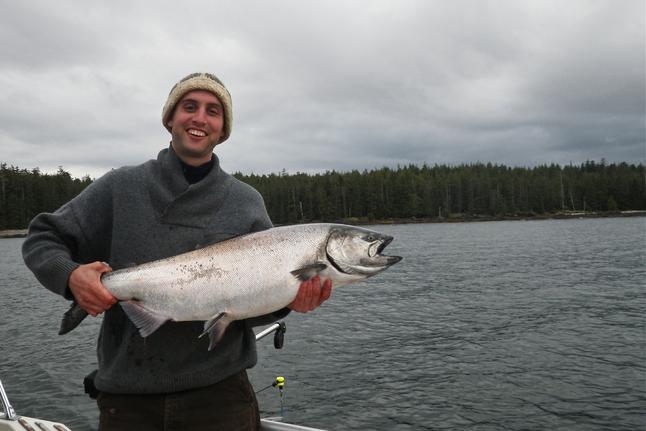 People visit Haida Gwaii for a great number of reasons, however the most popular for many visitors is the fishing.  Whether it be fishing for the mighty Chinook (Taagun), the large and wild Pacific Halibut (Xagu) or dip netting Dungeness crabs (K'ust'aan) on North Beach in Naikoon Park, we are here to help you enjoy it all! 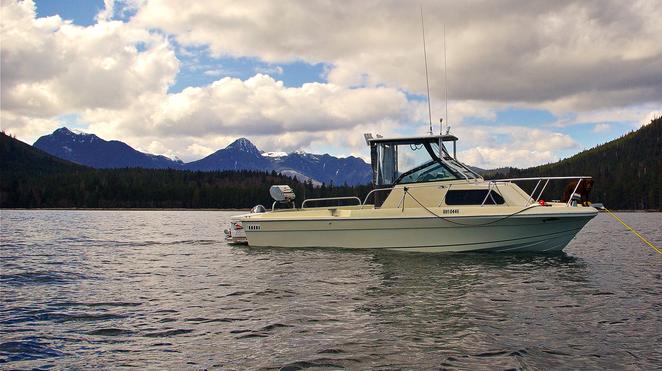 Our boat is a 24 foot Sport Craft with a heated cabin, washroom, BBQ and comfortably fishes 3 guests.  It has been fitted with a brand new motor and 9.9 auxiliary motor in 2013.  It has 2 GPS units, 2 VHF radios, Furuno and Lowrance electronics and is fitted with all the necessary & required safety equipment.

​We have upgraded to a 27 foot Grady White Sailfish, pictures to come soon.

Stefan grew up fishing the ocean and rivers on the West Coast of Vancouver Island with his Grandfather and Father; as a child, the bow of the boat was his play pen.  Through his late teens he worked as a deck hand on a commercial fishing boat and in his early twenties he worked for numerous fishing lodges as a guide while working his way through College.  When he graduated as a Forestry Engineer he was asked where he would like to go work, his response was....."The Queen Charlotte Islands (Haida Gwaii), I heard they have big fish there". Haida Gwaii Fishing Charters.

That was 22 years ago and he has been catching the big fish on Haida Gwaii ever since.  He is well known locally as a good, consistent fisherman who catches sizable fish every season.  His biggest Chinook (TaaGun) to date is 60+ lbs and also frequently catches whopping Halibut (Xagu).

Stefan knows how to read the water and weather; this has allowed him to give his quests the safest and most productive fishing experiences possible. He is very well organized and is great at customizing a trip to the guest's wishes.  Customer is king.  Whether it's catching fish by trolling, mooching, or fly fishing for salmon (Tsiin), jigging for Halibut (Xagu) and rock fish (SGAN), he will always put fish on your hook!  With Northward Ocean Adventures you will never be just another number, you will get a very personal experience and be treated like family.Fishing Charters Haida Gwaii, Haida gwaii fishing